Andy: Welcome back on the big show on ESPN 100.5 and 105.1 on KTGR. I’m Andy Humphrey here and joining us now on the KTGR Hotline, the head coach of AFC Columbia’s name is Kurtis board said the well known vocal coach around here too. He also coaches Battle girls soccer formerly coached Stephens College, [plus] a couple of other schools around mid Missouri. AFC Columbia, a brand new semi pro men’s soccer team just starting out this year featuring lots of local products from some of the local schools like Columbia College, William Woods, and others around the area and coach to be able to have this thing kind of start this year and be able to put together a semi pro team right in mid-Missouri. How did it come about? How were you approached with the idea? And how is it how have you seen it kind of grow over the last year or so?

Kurtis: Well, thanks for having me on Andy to spread some awareness about the new clubs to about two years ago, a couple gentleman by the name of Zach Fisher and Grant Sundberg had the idea to give central Missouri an avenue for adult players after college. And while still in college, the opportunity to play. They had been involved in other clubs and seeing how they’d been run. And they said, Why not Columbia? And so we started kind of peeking around. Unfortunately, that was about the same time that everybody’s favorite buddy COVID hit. And it turns into a situation where this has been a long time coming. And we’ve been really excited to get these things going and off the ground. But given you know, the central Missouri area team to root for while I was at Stephens College, they approached me about potentially coaching it and I was a little hesitant at first just to see how it taken off. And since I’ve gotten involved about a year ago, to picking the team this spring, it’s taken off like wildfire, and I’m really excited to see how the community embraces us once we start playing at home.

Andy: Yeah, though, you’ll be playing the home games over at Battle High School later this year. First will be coming up on June 11. And so as you mentioned, it mostly is comprised the players that are around here and played college soccer before either at some of the schools that offer it as a competitive sport in their collegiate, I guess governing bodies, like the NAIA, you’ve got some, some D two and D three schools very close, and also some junior college schools. So when you take a look at, you know how it’s kind of come together there. With the players around here, what’s been most special about being able to create a team from scratch and be able to see them kind of come together this way.

Kurtis: Really exactly what you said creating from scratch we had a blank slate to go with. And that allowed us to be very particular about the players that we wanted to recruit and were able to recruit. One of the guidelines that we kind of had as a club was that we did want it to be local. We wanted these faces to be recognized. We wanted the names to be known. So we made it a priority to take players that were either from Columbia played in the Columbia area, or lived in the Columbia area. And I think that the fans that will come with that as well. You mentioned some of the schools that we’ve got players from Columbia College, we’ve got club players from Mizzou, Westminster College, William Woods, we’ve got kids that played at Hawaii at that Rockbridge at Hickman, I mean, it kind of goes on and on from there. So it was a really fun task to kind of go through and find all those players that were still yearning for the opportunity to play at the next level, and give them an avenue to do that. There’s always been that thought, you know, if you could put together you know, a quote unquote super team from Columbia, how would that compete against the likes of like the best teams from St. Louis and the best teams from Kansas City, being the hotbed that they are. And it’s really exciting to be at the helm of something where we’re kind of able to see what that’s like.

Andy: Kurtis Boardsen, the head coach of AFC Columbia, new semi pro soccer team here in mid Missouri. Joining us here on the Big Show, KTGR and KTGR.com. And and you kind of alluded to what I was going to kind of ask you about next because we’re in a city, and we’re in a region in mid Missouri, that is between a couple of bigger cities that have really great soccer communities and St. Louis and Kansas City. And so for someone like you that has kind of grown up through this region, through the game of soccer, both playing it and coaching, it’s what kind of sticks out to you about how special this region could be as a soccer region going forward.

Kurtis: Being a bigger city in the middle of two cities that are larger, Columbia has cultivated such a great soccer community and really given an opportunity for players to leave Our area to go play in bigger areas. So putting a group together, like the guys we have, we’ve got 30 Great guys in the program. You know, it really gives them the opportunity to shine and show, you know what all of these kids have come up through the youth systems be at the clubs of going back as far as Columbia, Pride, and Carrera. Those kinds of clubs, disporting Columbia, you know, it’s really giving the community at large kind of the byproduct of all the hard work and all the hard work that coaches have put in, throughout the years of development. You know, we’ve gone over, we’ve played one friendly match over in Kansas City against Sunflower State, who is reigning Kansas City champions, and we drew with them one on one, personally, and maybe this is biased, I thought we were the better team. So when you look at situations like that, and we’re going in competing with these teams, and higher divisions than us, you know, it really speaks to how special our area is. And I think how much we’ve been hurting for a team to support.

Andy: Kurtis Boardsen is the head coach of AFC Columbia joining us here on the Big Show, KTGR and KTGR.com. And so, for the on field purposes, with what you’ve kind of mentioned so far, one game in the book so far, you’ve got the one one draw there, you’ll have your next game coming up on the road in St. Louis, in a in a little more than a week or so. On the field. As you mentioned, building this team from scratch, or getting all these local kids together, and trying to put together a cohesive units, how’s it looked over this early process? And what what do you want to see from the team going forward on these next few games,

Kurtis: We’ve been super blessed with the talent that we have, that came out for tryouts and then players that we’ve picked up along the way since then, and really kind of finding that team cohesion and seeing what works there. As I mentioned, you know, we’ve got a very deep talent pool. So it allows us to play in multiple formations and throw different attacks at our opponents. So really kind of just getting used to the way to other players, how quickly we can move the ball being patient. At this level, obviously, we can’t run ourselves off the field by just trying to go, you know, running gun with it. But we’ve got some very special players in the attack going forward. We can counter teams very, very quickly. I think just building off of the learning of the physicality and the pace of play from that first match is going to be huge, you know, going into our league play in the Midwest Premier League, it’s going to be crucial that we set a tone early with some of these teams, you know, having a few of these teams have been playing together for a number of years, or at least a season or two. So we’re still feeling each other out a little bit as a as a team. But the group’s really come together. Well. There’s been a lot of guys that have come together, I think and that you’ve got lifelong friendships after this even even after you know, we’re done winning on the field.

Andy: Yeah, well, we’ll certainly see for the next few weeks as AFC Columbia, they play again in the Midwest Premier League teams here in Missouri, of course, and then in some states kind of surrounding Missouri, involved in that so plenty of diverse opponents for AFC Columbia to have the next couple of weeks or so. Coach, how can folks find out more about AFC, Columbia, how can they get tickets? What else can they find out?

Kurtis: Absolutely. www.afccomo.com is our team website. We should have merch on there. We should have ticket sales on there. We will be streaming our matches both home and away. We should have information about that. You can check us out at AFC Columbia on most of the socials. That’s the biggest thing. It’s just you know coming out and seeing us all of our games this summer are going to be at Battle High School, our schedules up online as as our roster so come see if you recognize any faces and names and then come support them. We’re still accepting memberships at this point. And that entails you to season tickets, scarves, T shirts, so we kind of throw some swag at you so that when you come out you look exactly like you know how we want our fans to and that’s loud and proud and supporting the team.

Andy: So there you go. first home game coming up for AFC Columbia is on June 11 and Curtis sports and the head coach of AFC Columbia joining us here on the Big Show Katie ger and Katie gr.com Thanks so much for taking some time to talk with us today. Coach. Hope you’re well 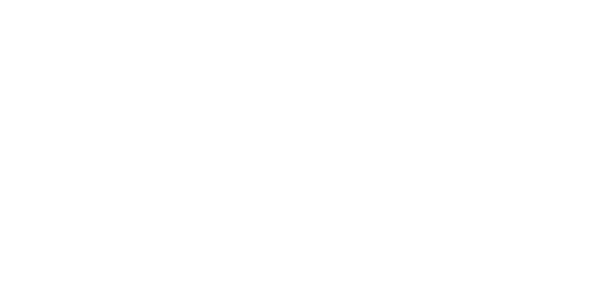